The intinerary can be changed in accordance to weather conditions.

*price for boat up to 8 guests 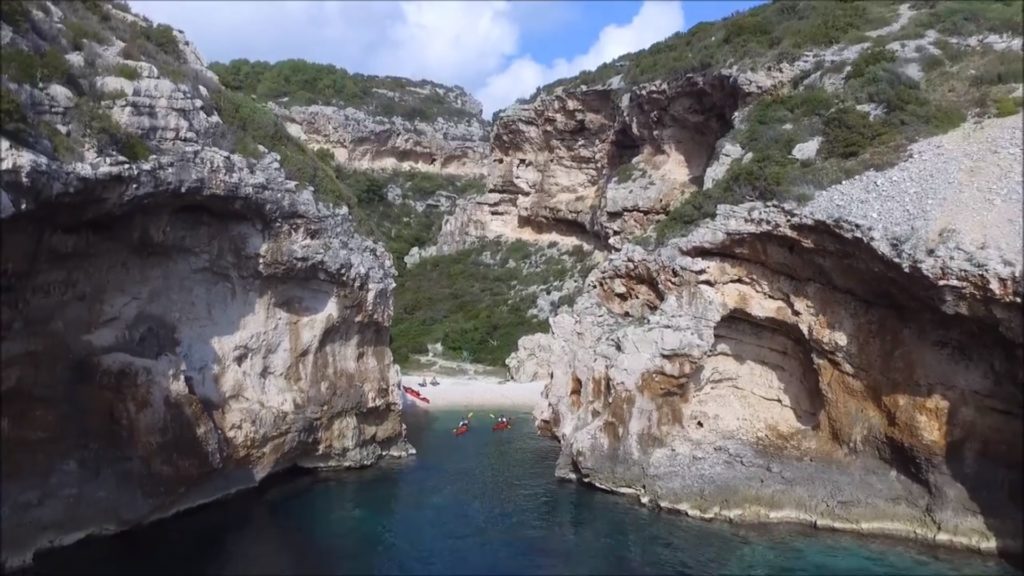 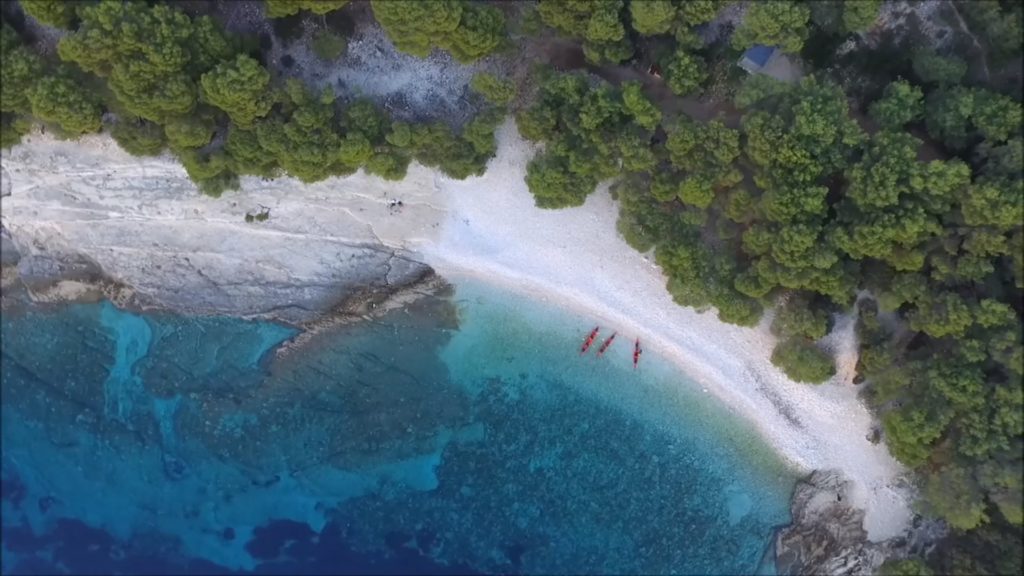 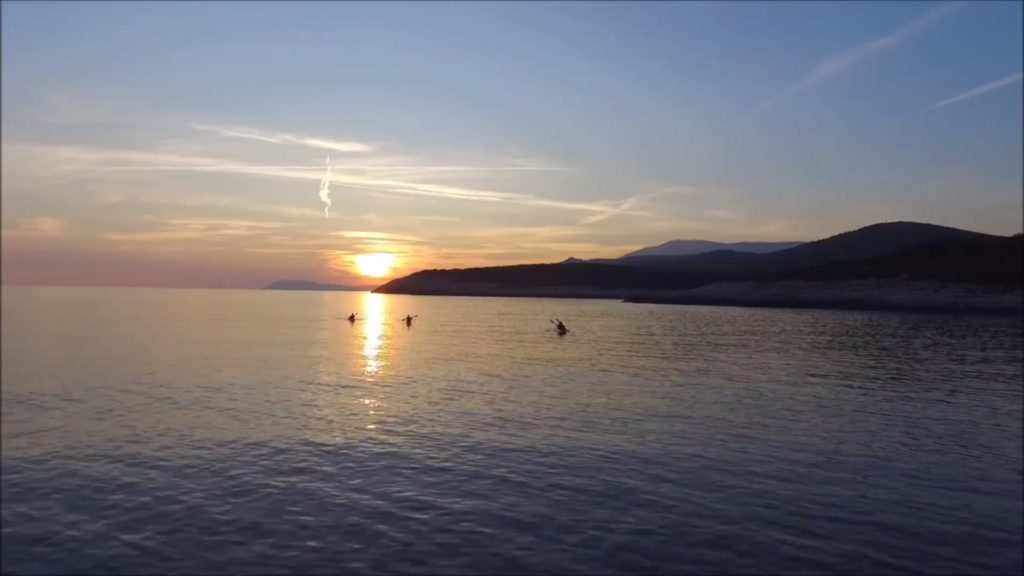 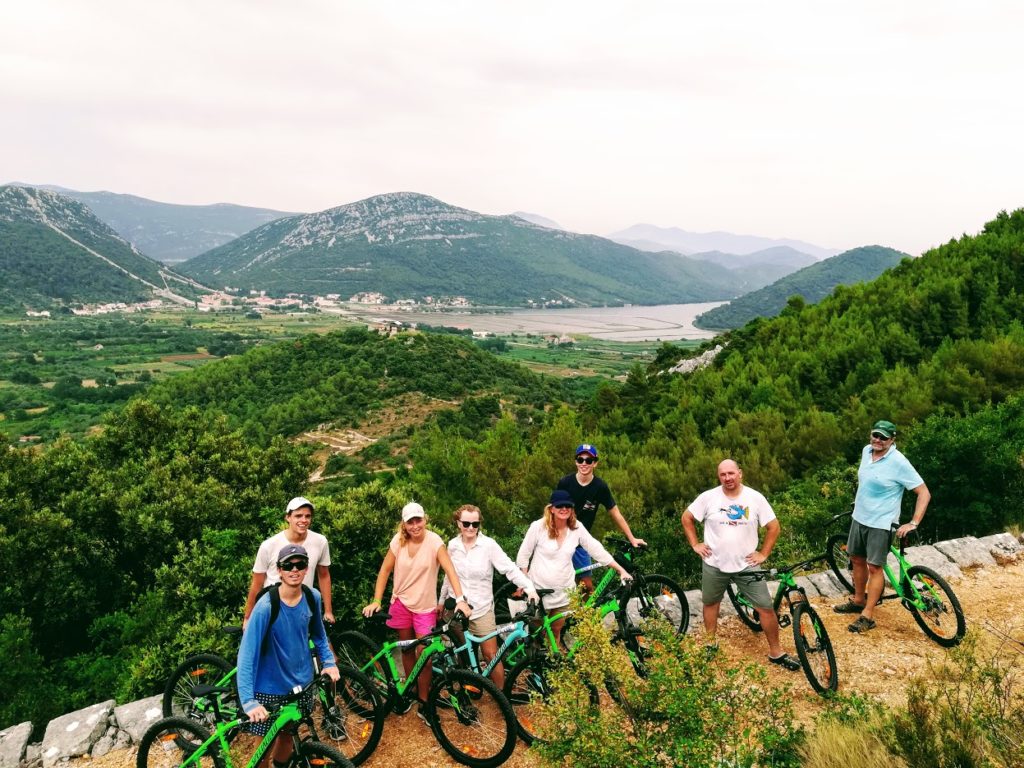 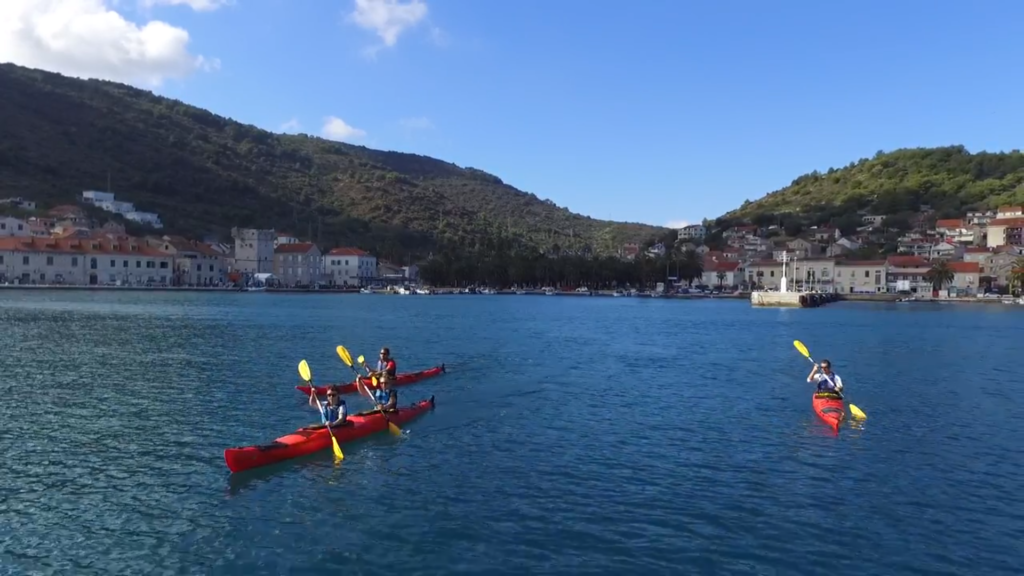 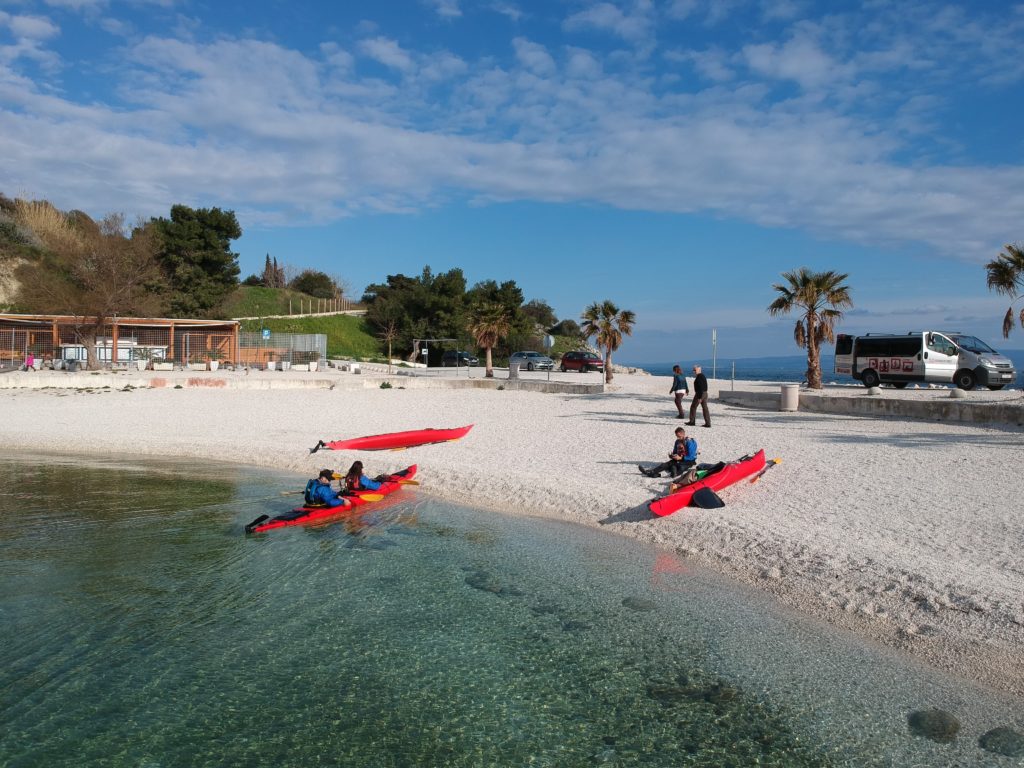 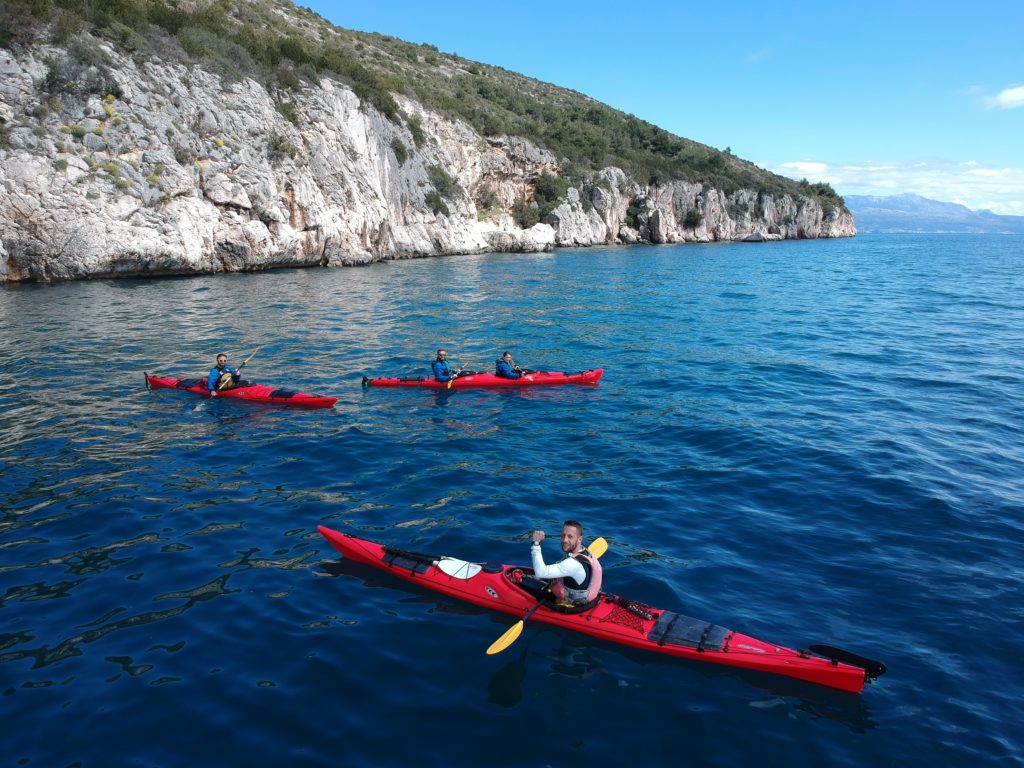 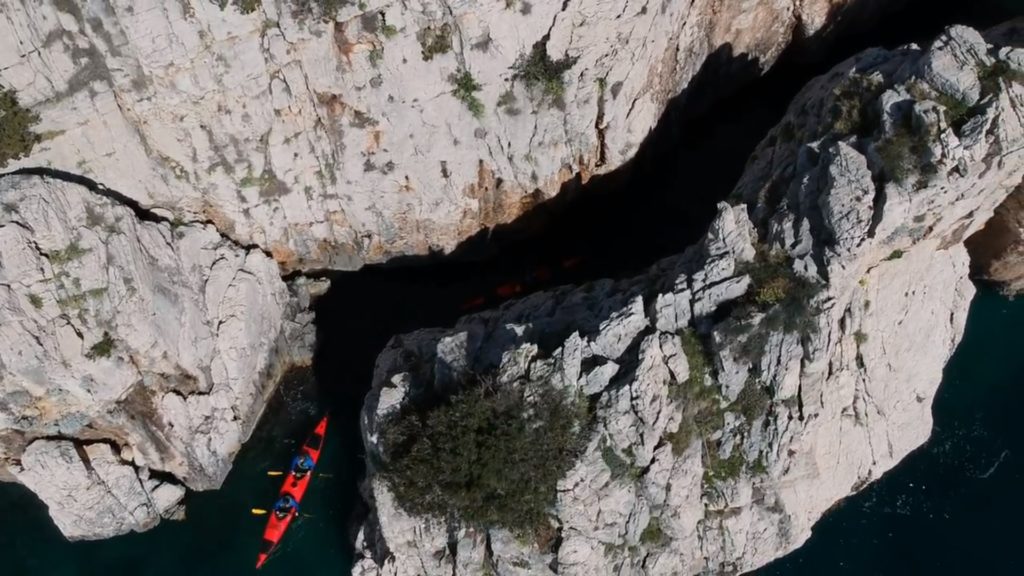 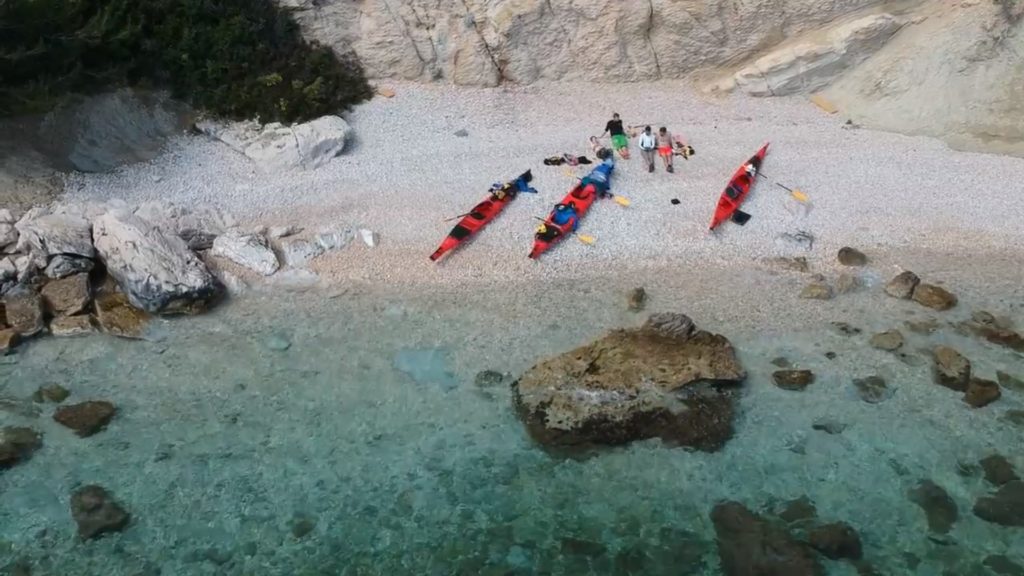 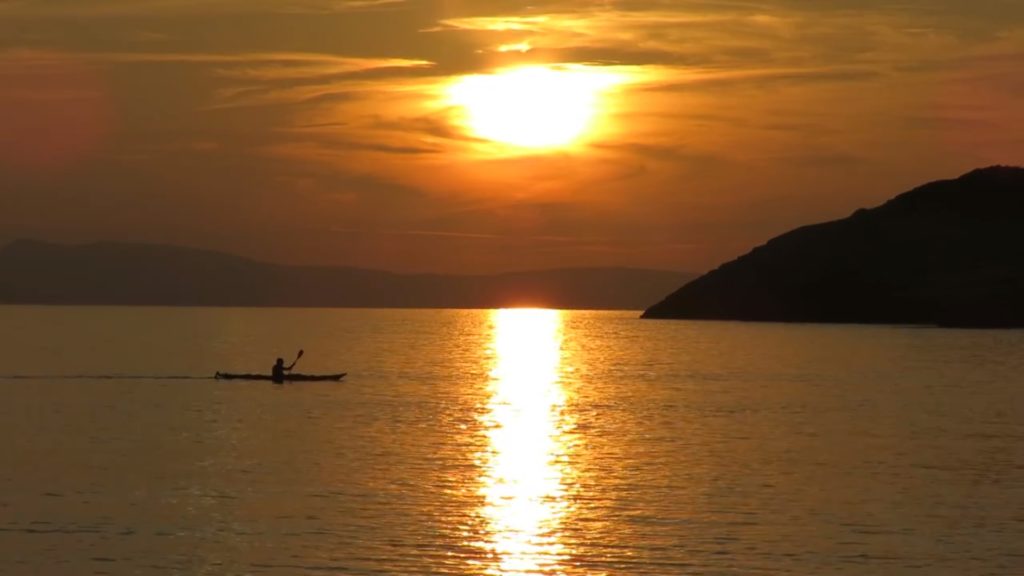 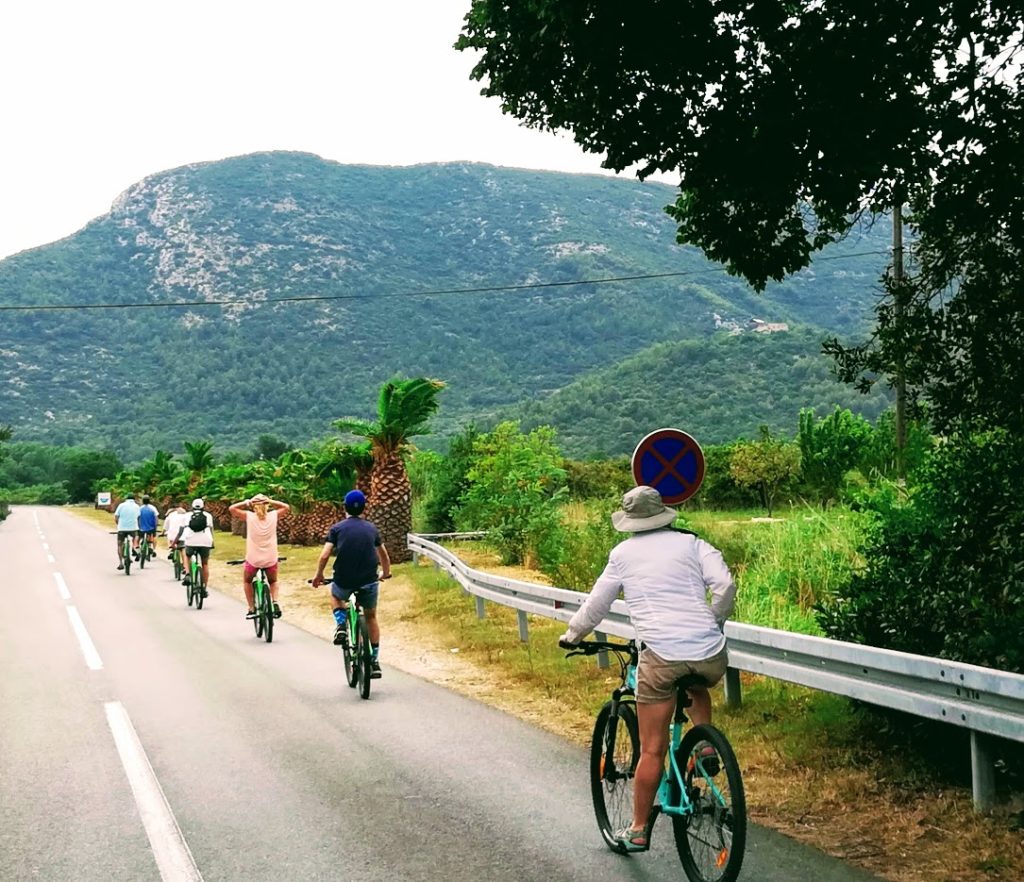 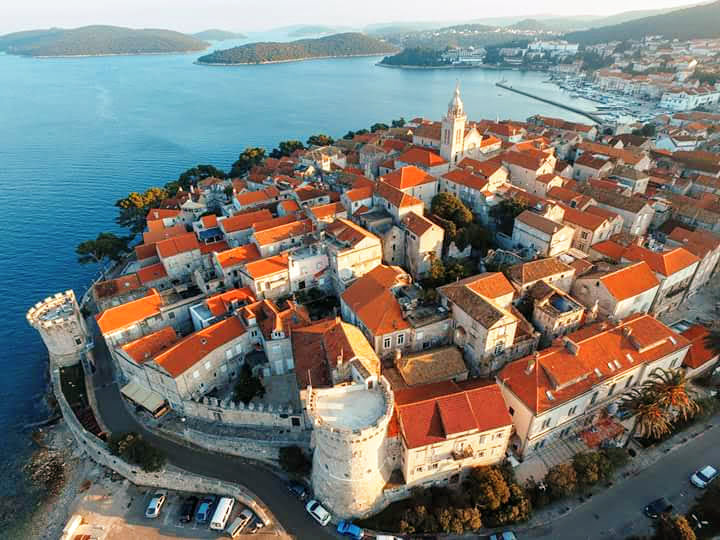 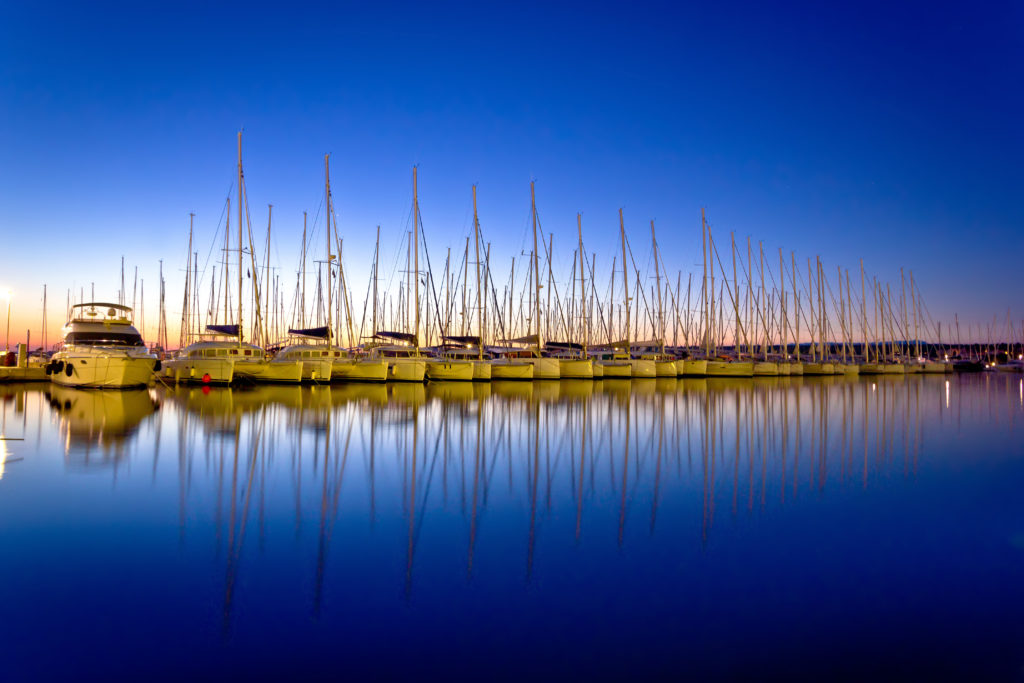 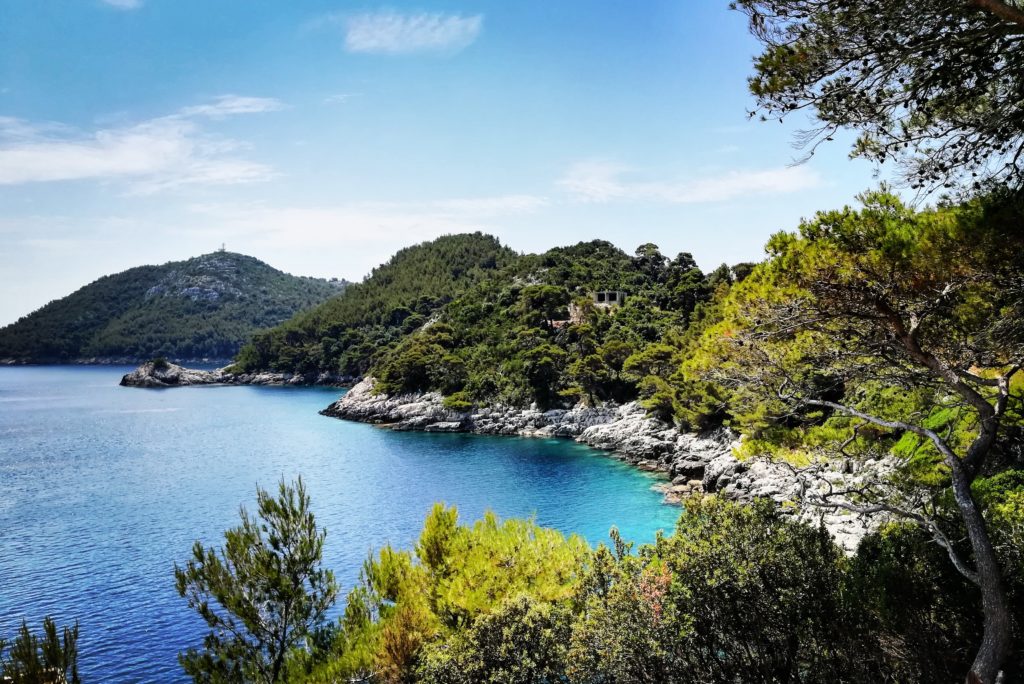 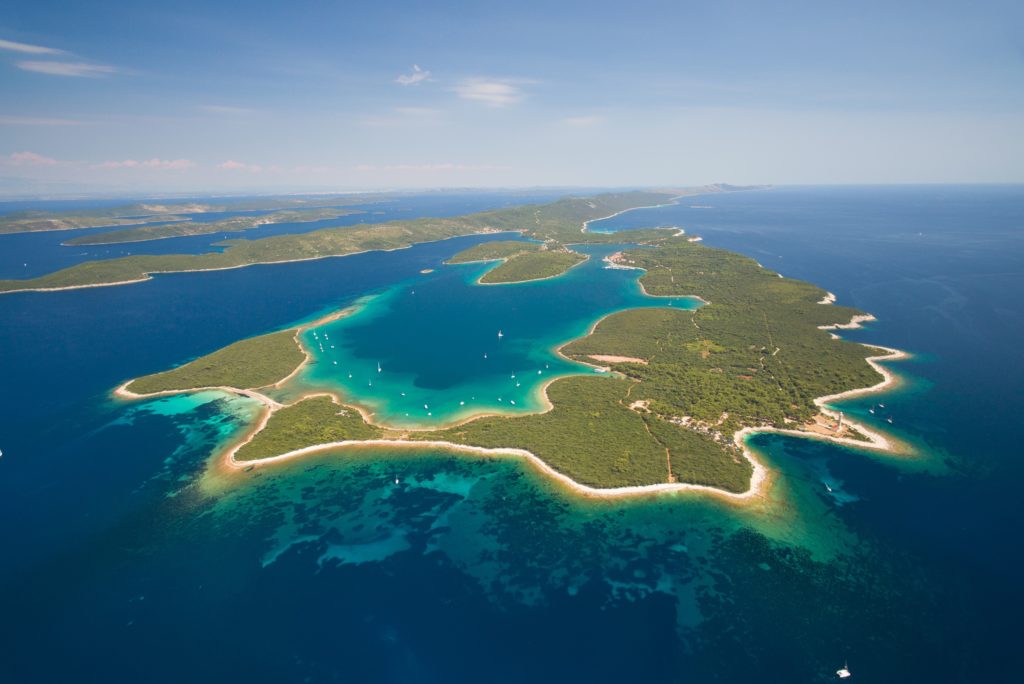 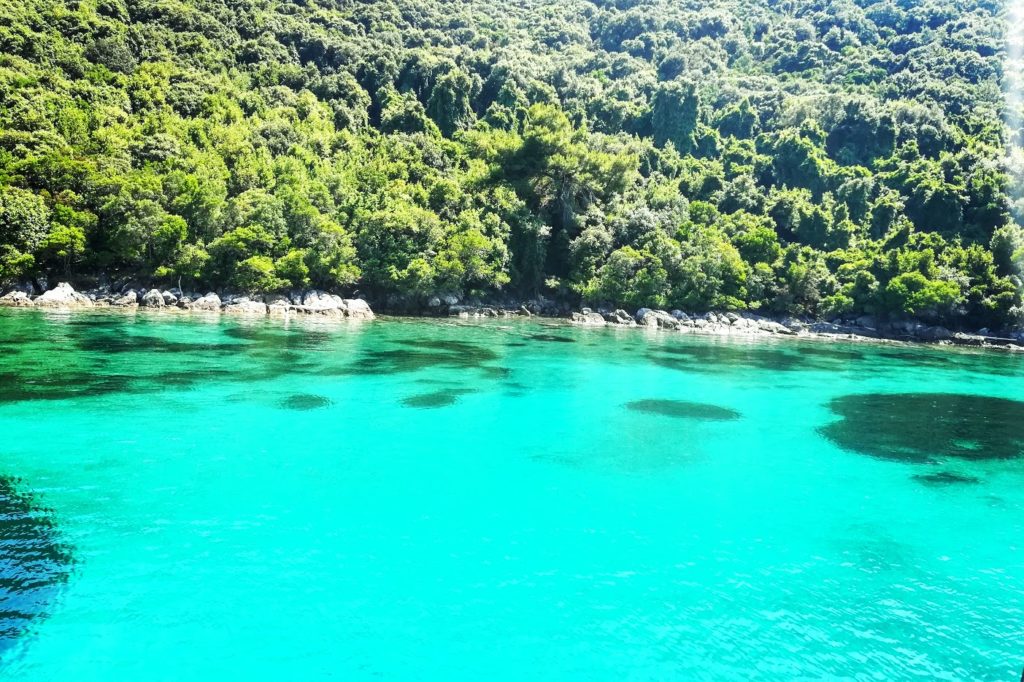 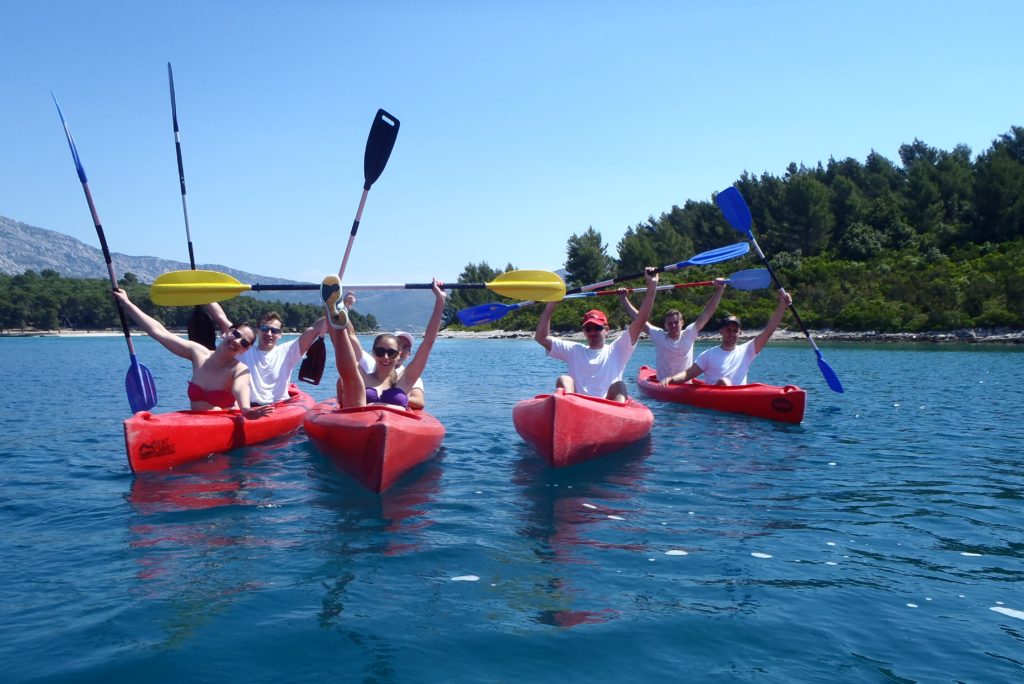 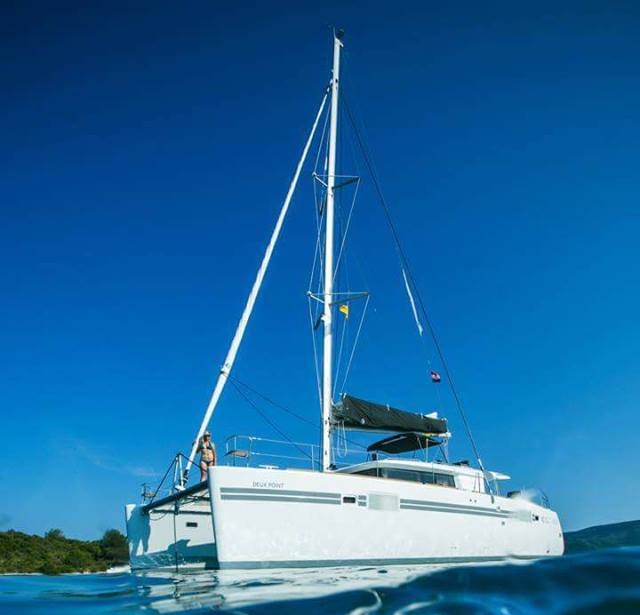 Dalmatia proves itself as the most sporty region in Croatia, specially when considered that Split has the highest number of awarded sportsmen in the country, as well as it holds the world record for the top number of Olympic medals per capita, in accordance to the residents’ number. Our tour gives you the best of both – the opportunity to experience the sporty spirit of Dalmatia, while sailing along its gorgeous coast.

Our sailing tour starts in the afternoon hours, by sailing from Trogir to Komiža, a town on Vis Island. Komiža is one of the two largest towns on Vis Island, and the oldest fishermen settlement on the Croatian coast – the tradition has been kept alive in modern times by the famous Big game Komiža competition, held each year. Upon arrival, you will have free time to explore individually this charming small town, where part of the new Mamma Mia 2 movie was filmed. Komiža will be our overnight port.

After breakfast, your real adventure kicks off – the day ahead of you will be filled with fun activities. We will visit Biševo Island, located at 45-minutes of sailing from Komiža. Your kayaking tour begins here, including a visit to 3 caves: Medvjedina Cave, Blue Cave and Potok Cave and rowing along the rocks of South Biševo till Gatula horn, which will last for 2 hours. During the tour you will have the opportunity to take a swim in one of the clearest waters in Dalmatia and enjoy sandy beaches, while taking tons of sea selfies and beautiful photos. Your catamaran will take you to Porat Bay, on Vis Island, where you will have free time to organize lunch. In the afternoon, we will visit the famous Stiniva Beach, named Europe’s best beach in the latest years. After included dinner at traditional tavern Senko (Konoba Senko), night time will be spent moored on buoy, under the star-studded sky, in Mala Travna Bay.

On the third day, we start our activities with a 2-hour bike tour to Vis town, known by its rich history and culture, bus as well as a favorite destination for young people, who know how to make the best of the town’s night life. After your free time in Vis town, which you can use to do some sightseeing, you will be picked up by your catamaran, to set sails toward Palmižana, on Paklinski Islands. This particular island location will allow you to have a swim in a very clear, turquoise, shallow part of the waters, as well as to sip on a cocktail in the beach bar Laganini. Following your relaxing break, a 3-hour of easy and smooth kayaking awaits for you from Palmižana to Milna Bay, on Hvar Island. Early dinner is included and organized in Milna, at traditional tavern Kotin (Konoba Kotin). After dinner, you can visit Hvar town, located at a 5-minutes drive from Milna.

An early morning wake up is a must have in Milna Bay, as it will give you the opportunity to take a swim in this immensely quiet and crystalline waters. On our way to Korčula, we will stop for breakfast & swimming at Šćedro Islet, where you can dig your toes into its sandy beach. Around noon, we will be sailing into the Pelješac Channel – its ideal position allows kitesurfers and windsurfers who come here from all over the world, to enjoy the perfect winds. It is very common to see a colorful fleet of sails, passing by at a meter of distance from the catamarans and other boats. They all set off from Viganj – one of world’s most favorite locations for windsurfing and kitesurfing and home of many world competitions in these sports. The next stop on our sailing tour awaits for us in the archipelago of Korčula Island, in the amazing, deep-blue snorkeling paradise – Badija Islet. Here is where your new kayaking tour starts, and it will include rowing along small islets and rocks, all the way to Korčula town, where we will stay overnight. The evening time is free for: individual sightseeing of Korčula – Marko Polo’s birth town, famous for its small but elegant fortified walls and a great view from the tower of Saint Mark’s Cathedral; for enjoying in live music performances at various bars along the promenade, while admiring the sea view and for dancing the night away at Boogie Jungle Club.

Our 5th day starts with sailing to Polače, on Mljet Island. A very realistic legend states that the famous Odysseus took a break from his sailing adventures, being captured by Calypso, a powerful sea nymph, right in the emerald waters of this beautiful island. The bike tour starts from Polače and passes around the island, including the greenest part – territory of National Park Mljet with its gorgeous, deep-pine-green vegetation and its salty lakes, which you will be biking around. The Small Lake maintains a spa-warm temperature of sea water, which runs between 27 and 30 degrees Celsius, during the entire summer.  The next adventure is kayaking, starting from Polače and ending after an hour-and-a-half long rowing, in a breathtaking bay, where you can freshen up and take a swim. In the afternoon hours, we will set sails towards Ston, on Pelješac Peninsula, where we will stay overnight.

The morning activities start with a 2-hour bike tour along Ston, famous for its medieval fortified walls, second longest fully preserved ones, after the Great Wall of China. Pelješac Peninsula is also known for the oldest salt farm in Europe, which still uses the same traditional salt production methods from the 14th century, top quality oysters and wines – the most famous winemakers on the peninsula are Grgich, St Hills and Korta Katarina. After the tour, we will be sailing off to Jakljan Island, where you will have time to prepare lunch and take a swim. Our next kayak tour will be from Lopud Island to Koločep Island, following which we will sail to Gruž Port and stay there overnight.

The final day starts with a kayak tour from Gruž to Lokrum Island – a small island nature reserve, very near to Dubrovnik Old Town. On Lokrum you will have free time for lunch and swimming and afterwards you will be picked up by your catamaran and taken to Dubrovnik, where you will have a free afternoon. This stone jewel has been an independent republic for many centuries, buying its freedom by skillful diplomacy and its own wealth, ending up on the list of UNESCO World Heritage in modern times. Most of Hollywood stars as well as world royalty have visited the Old Town, arriving to Dubrovnik by their huge, luxurious yachts. Movie makers adore it and include it as the ideal background in many famous movies and series, such as the new version of Robin Hood, the Game of Thrones, the latest edition of Star Wars, and many more. To experience Dubrovnik from a bird’s perspective, we suggest you to take a ride in Dubrovnik’s Cable Car. Besides the historical and cultural sites, Dubrovnik offers a very lively night life.